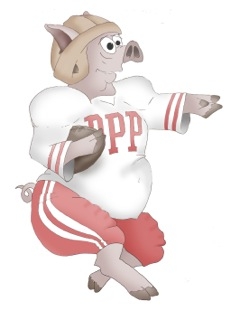 For years, no make that decades, the Patriots led by BELICHICK & BRADY were the perennial champions of this division. But no longer. In fact, even if the AFC West is the strongest division in the League, this division’s champion to be and the best all-around team in the League resides here.

BUFFALO BILLS    Looking at their play last season, and then their roster this Fall, it is hard to argue that when healthy this is the best team in the NFL. QB JOSH ALLEN has developed tremendously since his rookie season and has room to get even better. GM BRANDON BEANE has played every avenue of player procurement brilliantly. And this team in upstate New York, with often brutal Winters on the shores of Lake Erie has become somewhat of a destination city for NFL players. Just ask VON MILLER who got his Super Ring with the RAMS, then signed as a surprise VFA with the BILLS. They were exposed in the Play-Offs for being unable to stop the run on D. So BEANE went out and got rid of several vets on the DL and signed 5 players, to bolster the Run-D up front. The only questionable area on the team may be their secondary. But even there they may be just fine by drafting 2 CB in ELAM & BENFORD. And they are still optimistic that star CB WHITE should be back healthy by mid-season. The S slots are totally fine with guys named HYDE/POYER entrenched. I would be remiss to not also question their RB room, which requires skillful manipulation from game to game depending upon the opponent. But as a group they get the job done most game days.

MIAMI DOLPHINS       Despite shenanigans by Owner Stephen Ross which resulted in his suspension, a hefty fine & loss of a Round 1, 2023 Draft Pick, this team looks to rising and the players seem to be responding well to first time Head Coach MIKE McDANIEL and his staff. TYREEK HILL has come to town to help TUA grow more as a pro QB. The RB room looks to have been bolstered by the signing of VFA MOSTERT & EDMONDS. TERRON ARMSTEAD has bolstered the OL group at the LT slot. They are also banking on a slew of young players from the past 3 Drafts that should still be ascending. The D is athletic and capable of creating weekly turnovers.

NEW ENGLAND PATRIOTS     To put it bluntly I do NOT understand what Belichick is doing with failing to officially replace the loss of OC JOSH McDANIELS with a true Offensive Coordinator and playing games with play-calling between himself, Matt Patricia & Joe Judge. That’s an impressive  collection of coaching acumen, but not as an OC & Play-Caller. And the Offense has looked like it has taken a full two steps backward, not to mention how this stunts the growth of MAC JONES/QB. Overall things seem a bit more promising on Defense where some of their younger players like Barmore, Dugger, Uche and others seem to growing as pro players. However, this still looks like a team that will fight for the bottom of the AFC East, with of course the…

NEW YORK JETS      ROBERT SALEH has the look and sound of a solid NFL Head Coach whenever I hear from him at media ops. But for all the progress they have made, a significant stumbling point has been the Training Camp injury to young QB ZACH WILSON, who made significant progress late last season for the JETS. But he is out at least into October, and maybe beyond. As was required by their lack of success last season the JETS had 20 new players on their opening season 53-man roster. They are a combination of VFA & Rookies primarily. Their “progress” under vet QB JOE FLACCO would seem to be a bit problematic when inserting  a guy as your starter at this stage of the 37-year olds career. The talent level is up on this roster overall, especially from their 4 new First Round talents, but the progress is retarded without WILSON at the controls.

The BILLS are for real and the Dolphins may have a chance to capture a Wild Card Play-Off spot. The other two teamster likely to have 10-Loss seasons and settle for perhaps spoiler roles in December.

One thought on “Pigskin Paul’s Page”